Prevent Pollution in Your Pretreatment Process 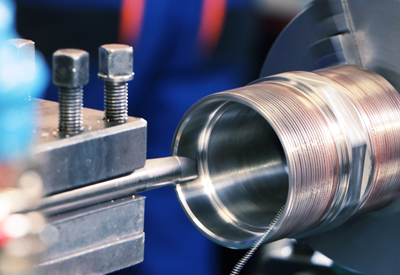 The pretreatment process can result in significant amounts of waste including solvents, water, and other chemicals. By implementing some pollution prevention opportunities, your facility can reduce the amount of waste generated and save money. Additionally, some of the solvents used in the pretreatment process can be hazardous; reducing their use can lessen the risk for employee exposure.

Once contaminant sources are identified and cleanliness standards are set, determine which contaminants can be eliminated. Then, if contaminants cannot be reduced enough through process changes, assess the cleaning methods used to reduce the chemicals and water used.

Aqueous cleaning, which uses water-based chemistries, can be an alternative to chlorinated solvents. Aqueous cleaners eliminate the slight fire risk of petroleum solvents like mineral spirits and can provide a better work environment by reducing the volatile organic compound (VOC) emissions and their associated odors. This type of cleaner is also less likely to cause skin problems such as dermatitis. Aqueous parts washers, if chosen carefully and operated sensibly, can improve parts cleaning in your maintenance operation and may reduce hazardous waste generated. The following resources may help you learn more about aqueous parts washers and aqueous cleaning alternatives.

Solvents often used in the cleaning process prior to pretreatment can be costly and an environmental concern. Traditional solvents, like trichloroethylene, methylene chloride, and perchloroethylene, are expensive to use due to regulations. Newer solvents can be expensive to purchase.

It’s also important to note that a National Emissions Standard for Hazardous Air Pollutants (NESHAP) limits emissions from degreasers using traditional solvents. Toxic exposure to workers is another concern. Additionally, large uses of traditional solvents, over 10,000 lbs a year, require reporting under the Superfund Amendments and Reauthorization Act (SARA)/Toxic Release Inventory (TRI) regulations and pollution prevention planning under the Minnesota Toxic Pollution Prevention Act (TPPA). Therefore, solvents and vapor degreasing should be limited or eliminated if possible. The following resources may help you make that change in your facility. Additional resources are available on the Resources & Associations page.